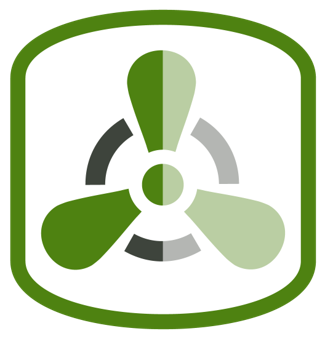 Military air defence (AD) PSR are 3D so are less impacted – but concerns remain particularly at low altitudes. This has led to national security concerns over wind farm deployment.

Applies to All Rotating Radar

Rotating Radar have limited time on target, resulting in insufficient target data to characterise targets (and so distinguish between wind turbines & aircraft)

MOD objects to wind turbines in radar line of sight

Derek Twigg MP, Parliamentary Under-Secretary for Defence wrote to Lord Peter Truscott, Parliamentary Under-Secretary for Energy, DTI as follows: “This Department is aware of the significance of the Air Defence radar replacement program·to the deployment of Offshore Round 2 wind farms and in the recent procurement process for replacement radar, wind turbine mitigation was included as a desirable requirement. Unfortunately the process has reached a far too advanced stage to now make the requirement for wind farm mitigation mandatory. [T102 procurement announced Jan 2007]… You will be pleased to hear, however, that wind turbine mitigation will be included as a mandatory requirement in future radar replacement programs but much will depend on the success and lessons learned from the radar the MOD is currently buying.”

Prime Minister Gordon Brown MP in a speech on climate change hosted by the WWF at the Foreign Press Association stated: “To remove the barriers here [to the deployment of offshore wind] I have asked the Secretaries of State for Defence, Business and Transport to step up their efforts, in cooperation with industry and the regulators, to identify and test technical solutions to the potential difficulties windfarms pose to air traffic and defence radar.”

Announcement of upgrade of Buchan to TPS-77

Trimingham, Brizlee, Staxton and Buchan – all funded by wind developers

MOD informed SPR that NAIZ only available for 3 of 120

MOD issued the following statement with regards to TPS-77 performance in the presences of wind turbines: “The MOD has recently conducted a trial looking at the real life impact of 2 offshore wind farms in the vicinity of the Humber Estuary on the TPS 77 radar that was situated at Remote Radar Head Staxton Wold. The trial determined that the wind farms had a detrimental effect on radar operations, specifically probability of detection and the aviation specification performance. The detrimental effect was not expected and the MOD needs to consider the findings of the trial further. As a result, the MOD must pause the receipt and assessment of any technical mitigation reports/submissions e.g. SERCO reports, relating to the TPS 77 radars and multi-turbine wind farms with immediate effect … An informed position to review this situation will likely be established within a 6 month time frame.

This website uses cookies to improve your experience while you navigate through the website. Out of these, the cookies that are categorized as necessary are stored on your browser as they are essential for the working of basic functionalities of the website. We also use third-party cookies that help us analyze and understand how you use this website. These cookies will be stored in your browser only with your consent. You also have the option to opt-out of these cookies. But opting out of some of these cookies may affect your browsing experience.
Necessary Always Enabled

Any cookies that may not be particularly necessary for the website to function and is used specifically to collect user personal data via analytics, ads, other embedded contents are termed as non-necessary cookies. It is mandatory to procure user consent prior to running these cookies on your website.